Since 10:00 AM, the students of az-Zikra had been preparing to welcome ustaz Arifin. After Zuhur prayer, ustaz Arifin and his group came to Masjid az-Zikra.

He immediately performed the Zuhur prayer in congregation at the mosque. Since he was still in the process of recovering from nasopharyngeal and lymph cancer, the leader of az-Zikra Dhikr Assembly became the makmum. 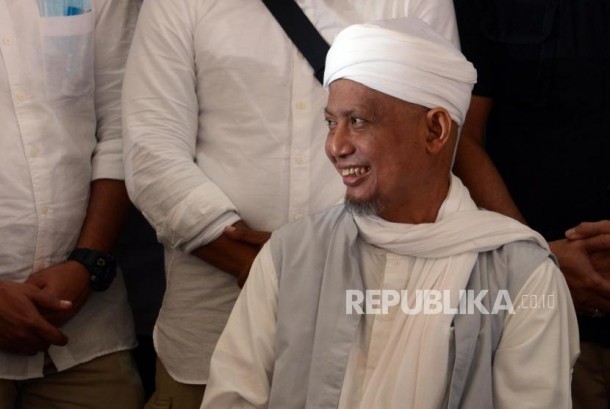 "His arrival was welcomed with the love of the people, I had just witnessed someone coming from the hospital and was greeted with excitement by the people," said az-Zikra's Advisory and Sharia Board member, Abah Raodl Bahar after Zuhur prayer in congregation with ustaz Arifin at Az-Masjid Zikra, on Thursday (Jan 31).

Abah Roadl said the number of people who welcomed ustaz Arifin indicate amount of love of the people for him. In essence, he said that it was the sign of Allah SWT's love for him.

"Hopefully this is a sign of the blessing of Allah SWT for him (ustaz Arifin) to continue his struggle in the Dhikr Assembly of az-Zikra," he said in full of emotion in front of the people in the az-Zikra Mosque.

After praying, ustaz Arifin went straight to his house to rest. Based on hospital's recommendation, students and guests who welcomed him were not allowed to shake his hands. Ustaz Arifin was also recommended to rest in the recovery period even though his condition has been much better now.