Personnel of the National Search and Rescue Agency prepare to search for the victims and debris of Lion Air flight JT610 that crashed into Karawang waters, West Java, Tuesday (Oct 30).

“Yesterday, there were 24 body bags, then there are 13 body bags so totally we have sent 37 body bags,” said Deputy of Operations and Preparedness Basarnas Nugroho Budi Wiryanto on Tuesday (Oct 30).

Nugroho said joint SAR team have deployed four vessel equipped by multibeam echosounder sonar on Tuesday to locate the Lion Air JT 610 aircraft that crashed in the waters of Karawang in West Java.

The device would scour the seabed in search of large metal objects. Meanwhile, 30 other ship also searched the area.

Earlier, Basarnas chairman M Syaugi said the joint team continued to try to search and evacuate victims. The divers team will standby 24 hours in the middle of the sea.  The searching also conducted on the sea level, by air and using multi beam echo sounder sonar. 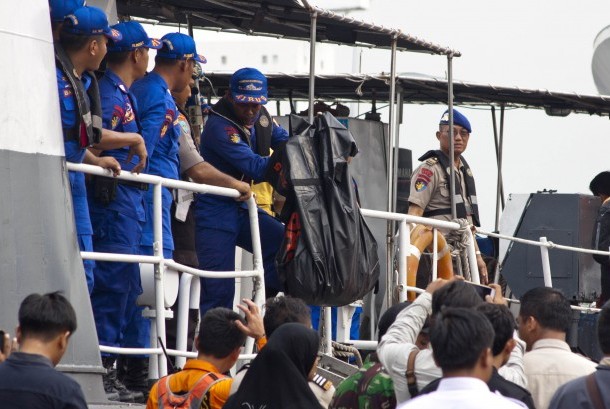 Bodies of the victims evacuated to an Integrated Command Center for Evacuation of Victims of Lion Air flight JT 610 in JICT, Jakarta, on Tuesday.

Aircraft type B737-8 Max with Flight Number JT 610 owned by Lion Air was flying from Soekarno Hatta Airport in Banten to Depati Amir Airport in Pangkal Pinang and was reported to have lost contact on Oct 29 at around 06:33 WIB.

The aircraft departed at 06:10. WIB and was scheduled to arrive in Pangkal Pinang at 07.10 WIB. The plane had requested a return to base before finally disappearing from the radar.

Basarnas ensured that JT 610 Lion Air crashed in the waters of Karawang Regency, West Java. Victims of the aircraft crash will be evacuated to the East Jakarta Police Hospital.