REPUBLIKA.CO.ID, PALU -- A delegation of European Union (EU) Heads of Mission visited Palu in Central Sulawesi on Friday to express solidarity with the affected population and support the Indonesian reconstruction efforts. The ambassadors witnessed the magnitude of the devastation in Petobo, an area affected by soil liquefaction, the Tinggede area in Sigi and Palu.

"We are very saddened by this natural disaster, therefore the European Union community is doing its best to provide assistance in accordance with the request of the Government of Indonesia," said Ambassador of European Union to Indonesia and Brunei Darussalam Vincent Guerend to the media in the Disaster Emergency Response Post of the Indonesian Red Cross in Palu, Central Sulawesi, Friday.

During his visit to Palu, Guerend was accompanied by Ambassadors of seven European countries, including France, Great Britain, Germany, Denmark, Spain, Austria and Slovakia, as well as members of the European Civil Protection team.

Governments and people of countries in the European Union have given 18 million euros, or around 22 million US dollars, worth of aid for handling measures following the earthquake and tsunami that struck Central Sulawesi. Guerend explained that there were three kinds of aid given to victims of the disaster, including tents for evacuees and emergency school spaces, temporary residences and provision of clean water. The assistance, he said, is being given in accordance with the request of the Indonesian government and the urgent need from the victims, especially those staying in temporary evacuation places.

For that reason, during his visit, Guerend and the Ambassadors of European countries also met with relevant officials, including Governor Central Sulawesi, Head of the Bappeda, Head of the Disaster Management Agency or BNPB, as well leader of the military forces, in order to identify the appropriate program that could be conducted in the future and find out how the European civil society can be involved in providing assistance.

"We always stand ready to help," said Guerend, who admittedly was devastated about the disaster that caused massive damage to infrastructure and led to the death of many in Palu, Donggala, Sigi and Parigi Moutong.

This disaster, he said, was saddening as it was a combination of three natural disasters happening at once, namely the earthquake, tsunami and land disbursement (liquefaction), resulting in the emergence of very high fatalities and massive damage to facilities and infrastructure.

Therefore, to find out more information and better understand the condition of the community and the impact of the disaster that arises, Guerend and his partners visited Palu City and its surroundings for two days.

"We wanted to see the conditions of the damaged government and community assets, how to mobilize the team and observe mechanisms to protect the community. We also looked at how the team manages the assistance received from various parties," he said.

Meanwhile, Head of the Central Disaster Management Division of the Indonesian Red Cross (PMI) Arifin Muhadi reported on various disaster management activities and assistance provided by the PMI, such as the establishment of emergency tents, moving health services by cars and helicopters, clean water services and the search for lost victims.

After reviewing the PMI Disaster Post, the Ambassadors held a meeting with the representatives with PMI led by Arifin Muhadi for about an hour. During the meeting, the ambassadors explored various issues related to the disaster, especially in providing protection to survivors that are still in temporary shelters.

According to Arifin, the natural disasters that struck Palu, Sigi, Donggala and Parigi Moutong on September 28 caused the death of 2,104 people, 5,000 went missing, 4,600 were injured, and 149,000 displaced, both in the vicinity of the disaster area, as well as to various districts and/or cities in Central Sulawesi and Indonesia.

Meanwhile, the number of damaged buildings and houses reached 67,310 units, not including 2,736 destroyed school buildings.

The PMI itself have distributed various types of assistance, including dozens of emergency tents, thousands of mattresses to use as beds, blankets, medical equipment, household appliances and baby utensils. They are also operating three helicopters, 17 trucks and 15 ambulances for search and rescue of victims and health services. 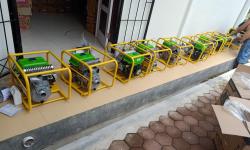 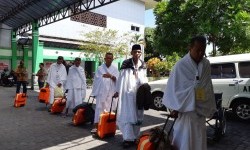 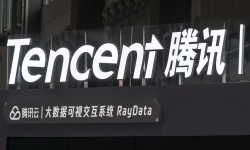 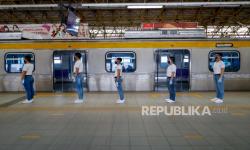