In the meeting, Noe spoke about the potential of division and conflict due to massive rumors on social medias. He said that the split was very visible.

“As a young man, I get confuse in social medias, the split is very visible,” Noe said in written statement on Sunday (Oct 14).

According to him, this condition was caused by difficulty faced by social media users in finding primary information sources. "Don't blame others too easy, but give the people access to primary sources," Noe added. 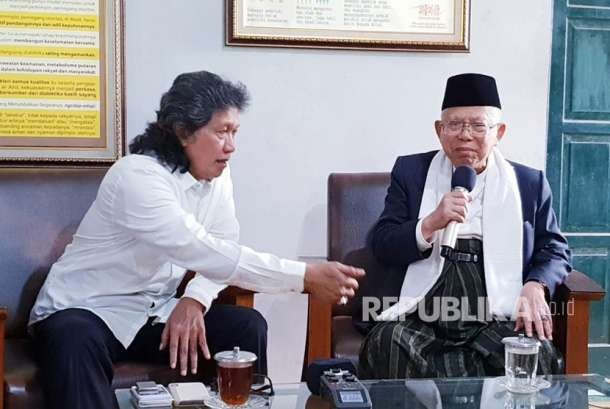 Noe gave example about food issues that drew attention of social media users. He assessed it would be better if the related minister answers directly the real condition, so there would be no room for rumors.

Noe suggested that the future government should provide a channel for the community. Therefore, discussions can be carried out involving reliable sources.

Meanwhile, Ma’ruf interested with the suggestion. He also asked that the idea to be refined and submitted in full through writing so that it could be studied.

Ma’ruf also concerned with the conditions on social media. In fact, Indonesian Ulema Council (MUI) has issued fatwa on how to socialize in social medias.

‘Well, if they can’t be educated, then there is law enforcement,” Ma’ruf said.