Foto: Republika
Bondol eagles can only live in unpolluted and healthy ecosystem.

REPUBLIKA.CO.ID, JAKARTA -- The Jakarta Animal Aid Network (JAAN) said that based on the 2014 data, the population of Bondol eagle (Haliastur indus) is only 18 in Kepulauan Seribu District, Jakarta Special Region.

"The data is from our latest research carried out on several islands out of the existing 87 islands (in Seribu Islands District) in 2014," JAAN Chairperson Benfika said on Kotok Isle, Seribu Islands, on Sunday.

JAAN's team conducted its research on the isles of Kotok, Panjaliran, and Rambut. Benfika believed that Bondol eagle does not exist in Jakarta urban area any longer. This is because Bondol eagle, one of the mascots of Jakarta, can only live in unpolluted and healthy ecosystem. 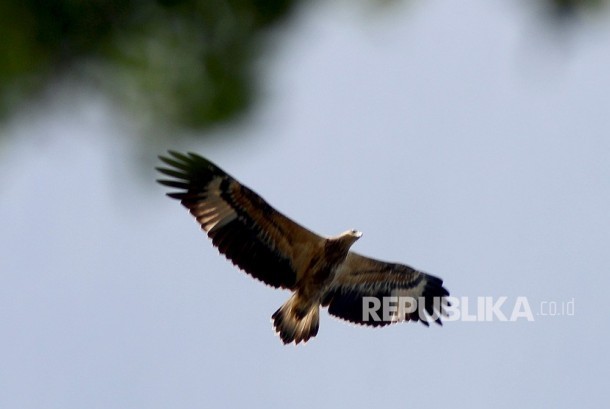 Bondol eagles found in Jakarta are only those traded illegally and put in cages as hobby, according to Benfika. "In a year, JAAN can get six to 10 Bondol eagles from poachers or black market," he said.

The NGO took the eagles to a breeding center on Kotok Timur Isle, which is only one hour by boat from Ancol Marina, northern Jakarta. "Bondol eagle is on the brink of extinction. Eagles that we have rescued, are kept in Kotok Isle breeding center for recovery and to be released to the wilderness later," he said.

Bondol eagle is a species of birds of prey from the Accipitridae family. An adult Bondol eagle is 43-51 cm in size, and has wide wings and a short, rounded tail when stretching.