Foto: Republika/Rakhmawaty La'lang
M Siddiq says people who are not satisfied with the verdict can file another lawsuit.

REPUBLIKA.CO.ID, JAKARTA — Indonesian Ulema Council (MUI) Advisory Council assessed tawheed (Laa Ilaha Ilallah, the oneness of God) flag-burning case has been settled with the verdict that issued by panel of judges at Garut District Court, West Java, on last Monday (Nov 5). The three defendants were sentenced to 10 days in jail and a fine of Rp2,000.

According to MUI Advisory Council member, Muhammad Siddiq, the verdict for three defendants was the result of law enforcement process. He said it must be respected by all parties, although it seemed formalistic. He said the verdict was too light.

“The legal process against defendants is an attempt by all parties to reach solution over tawheed flag-burning case. I think it has been settled with this legal decision,” Siddiq who is also the chairperson of the Indonesian Islamic Da'wah Council (DDII) said on Tuesday (Nov 6).

Siddiq admitted some people are not satisfied with the verdict. He asked them to take another legal step. However, he stressed Muslims attitude to give the case through trial is the most appropriate way.

“Hopefully the verdict can be accepted by all parties, so there is no noise and it will become a lesson, so the similar incidents will not happen again,” Siddiq added.

Meanwhile, criminal law observer from Trisakti University, Abdul Fickar Hadjar said the sentence to flag burners and bearer was fair enough. It was based on Article 174 of the Criminal Code with maximum sentence of three weeks or 21 days.

Fickar explained that the sentence imposed to the defendants was related to the act of disturbing general assembly, not about burning the flag. It was in line with police investigation result which considers no element of violation on the burning of the flag.

On the other hand, chairman of Alumni 212, Slamet Maarif said the verdict has offended Muslims. He said the sentence was very far from Muslims’ demand, which had been conveyed through tawheed defense rally.

He said panel of the judges verdict to the defendants was very unfair. “For many times, we are really disappointed because this is just like random, indiscriminate verdict,” Slamet said.

Muhammadiyah legal and human rights council chairman, M Busyro Muqoddas regretted the verdict. He said the sentence was not right and insensitive.

He assessed it seems law has insulted religion. “It is tantamount to insulting religion, society, and the rights and sense of justice of the community as well as insult Pancasila," said Busyro to Republika.co.id, on Tuesday (Nov 6).

Panel of judges at Garut District Court decided to sentence flag burners identified by their initials as M and F, as well as the bearer of the flag identified as U, to 10 days in jail. In addition, the three defendants must pay a court fee of Rp2,000. The first sentence was handed down to F or Faisal Mubaroq and M or Mafhudin. They were found guilty of disturbing public order. 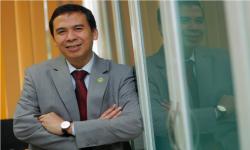 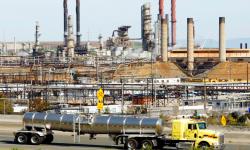 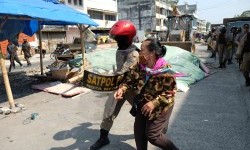