Foto: Republika/Neni Ridarineni
Mahfud MD sees religious issues has been the most favourite to be exploited.

"Unless they are arrested they may hurt (democracy). What is important is police's professionalism," he said here on Monday.

He said hoxes like what Muslim Cyber Army had spread have indeed been a rife ahead of elections. Some have deliberately done it to boost their popularity or to reduce the popularity of certain candidates.

"Some indeed did it to merely create a chaos to take an advantage and to pit one against another," he said.

Seeing the trend so far Mahfud said that religious issues have been the most favorite issues being exploited for political interests.

"I think it will not vanish. They will always be used for vested or political interests or they are indeed part of the political platform of certain ideology," he said.

Without discrimination the police must act firmly against the perpetrators moreover after they were proven to have created restlessness and attacks in the community.

He said the perpetratots could be dealt with using Article 28 and 45 of the law on information and electronic transactions carrying a maximum jail of six years or a fine of Rp1 billion.

"The mastermind could be found. He must be found," he said. 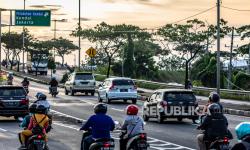