REPUBLIKA.CO.ID, JAKARTA -- The transportation ministry's National Transportation Safety Commission (KNKT) has released 18 points of factual information in a preliminary report based on the black box recording of the ill-fated AirAsia flight QZ8501.

Head of the KNKT's AirAsia QZ8501 Investigation Team Mardjono Siswosuwarno stated at a press conference here Thursday that the release of the factual information was aimed at clearing estimates and assumptions surrounding the crash.

The first point says that before taking off, QZ8501 was in a suitable condition for a safe flight and in balance on board.

Point two: Every crew member had the required licenses and medical certificates.

Three: The second in command pilot, or co-pilot, was flying the plane. He was on the right side while the pilot, or captain, was on the left side as monitoring pilot.

Four: The plane was flying at a height of 32 thousand feet on the M635 route.

"On the screen, the plane was seen turning to the left side," he added.

Five: the plane was identified by the Jakarta Air Traffic Controller (ATC) in the initial contact at 23:11 UTC/GMT; the time difference with Indonesia was around seven hours. The plane turned left on the M365 route.

Six: the pilot sought permission to fly at a height of 38 thousand feet, but the ATC in Jakarta ordered him to stay at 32 thousand feet (stand by).

Eight: When the accident happened, satellite photos showed a formation of cumulus-nimbus with its cloud peak reaching a height of 44 thousand feet.

Nine: The latest position of the plane was captured by a radar at a coordinate of 3 34 48.6 degrees southern Latitude, and 109 41 50.47 degrees eastern Longitude.

"In this position, the plane was back at parallel position with the M635 route," he noted.

Ten: On December 30, 2014, the National Search and Rescue Agency (Basarnas) found a body and the plane's debris floating in the Karimata Strait.

"The FDR was taken to Jakarta in the evening. The next morning, or less than 24 hours, 1.200 recording parameters with 174 flying hours were downloaded," he remarked.

"The CVR recorded two hours and four minutes of the last flight and had conversations of the flight's crew, those between the two pilots, and between the pilot and the ATC officers.

Fourteen: The black box was downloaded and studied at the KNKT laboratory and it took 11 hours to do it.

Fifteen: Based on the FDR and CVR data, before the crash happened, the plane was flying stable at a height of 32 thousand feet.

Seventeen: Until January 27, 2015, 70 bodies were recovered by a joint search team headed by Basarnas.

Eighteen: Evacuation and search efforts are still going on.

Mardjono Siswosuwarno remarked that the above information is based on facts and it might be clarified in the final report that will be concluded in the next 10 months.

AirAsia QZ8501 was flying from Surabaya, East Java Province, to Singapore on December 28, 2014, when it crashed in the Java Sea near the Karimata strait.

The ill-fated plane had 162 people on board, comprising 155 Indonesians (including the pilot), a French co-pilot, three South Koreans, a Malaysian, a Singaporean, and a Briton. 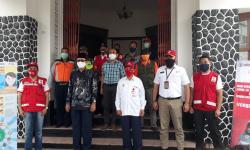 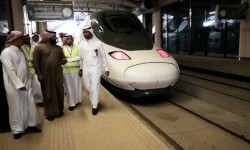 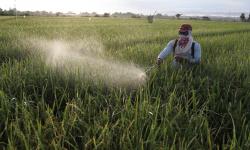 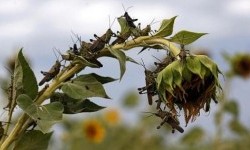